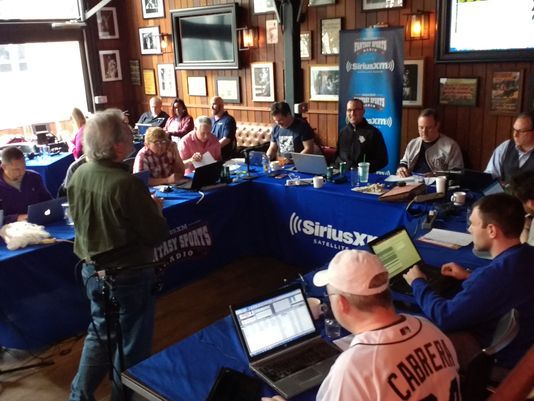 Last summer, in the aftermath of the social unrest following the killing of George Floyd, four of the largest fantasy football websites – Yahoo Sports, ESPN Fantasy, CBS Sports Fantasy and NFL Fantasy – decided to change some long-standing terminology to be more inclusive.

From The Washington Post: “The changes made to our games are part of an ongoing effort to improve the industry’s top fantasy games in ways that are more inclusive and better reflect the sense of community at the heart of fantasy sports. The updates replace outdated terminology used in past fantasy games with more appropriate language to describe the functions of day-to-day game play.”

On its face, there is noble intent here to combat the social blindness of our times. However, in its implementation, there has been a bit of blindness of another sort.

Most of the changes are perfectly logical. Replacing the “price” of a player with his “salary,” and opting to “roster” a player instead of “owning” him are far more accurate descriptors. Replacing Free Agent Acquisition Budget (FAAB) with Free Agent Budget (FAB) makes total sense. The word “acquisition” was always superfluous.

Replacing “cost” with “average salary” seems easy on the surface, until you remember that we often use “cost” as a verb. “Mike Trout cost me $44” does not offer a natural linguistic equivalent. “Trout’s salary was $44” takes away a writer’s active voice. “Trout’s winning bid was $44” is a phrase also on the no-no list, instead replaced by “Trout was signed for $44.” In the end, the new appropriate vernacular focuses on the contractual signing of a player rather than any type of purchase.

It’s okay; I’m good with all that.

Things start veering off for me with the replacement of “owner” with “manager.” Those are two completely different roles. As the head honcho of my fantasy team, I have always seen myself as the owner of the franchise, not of the players. The manager was the guy in the dugout calling the in-game shots. In simulation games like Scoresheet Baseball, I might call myself the manager; in Rotisserie, I’m at a higher level in the pecking order. It’s a matter of hierarchy. There is no less a difference between Steve Cohen and Luis Rojas.

But okay, this is not a hill I want to die on.

The one vernacular change that I don’t agree with is switching out “auction” with “salary cap,” and all the collateral fallout that comes with that.

At its most basic and obvious level, an auction is an auction is an auction. The word describes a specific activity that crosses over into many different aspects of non-fantasy life. And while I understand that the intent is to avoid the appearance of the buying and selling of humans, we all know that these games have always been about roster construction, data manipulation, and the buying and selling of statistics. Maybe I’m wrong, but I never once had even a fleeting thought that I actually bought or owned Mike Trout the player.

Along with the auction concept, we are also asked to replace “bid” with “offer,” but that wreaks havoc with the dictionary as well. Once we try to use “auction” as a verb, it gets more confusing. And what do we call the auctioneer?

“Mike Trout is the first player up for offer in this salary cap draft. Jim offers $20. Bill ups the offer to $30. The offering is now up to $44. The salary cap facilitator(?) says, “Going once, going twice…”

I’ll open up a bigger can of worms, but it’s possible these changes don’t go far enough. Given the above, can we use terms like “player valuation” anymore? Can we talk about converting the statistics to a player’s dollar value? I could go down this rabbit hole all day.

We can agree that the term “auction” could offend, but converting it to “salary cap” does not change the fact that the activity going on in these drafts is still an auction. If that activity itself is offensive, changing the name is not going to make it any less offensive. It’s “lipstick on a pig,” if you will. Eliminate auctions entirely if that is the problem; don’t just paint smiley faces and think that you’ve become a champion of social change.

There are other troubling aspects of this decision made by the four fantasy football behemoths.

You can’t just change “auction” to “salary cap” because there is already a game called “salary cap.” Salary cap gaming has been around since the late 1980s and was one of the first widespread commercially available formats in the fantasy baseball industry. Remember Dugout Derby in all those major metropolitan newspapers? The CDM salary cap games ruled the industry for three decades. Heck, DFS is inherently a salary cap game.

And none of those games are auctions.

To change this particular terminology could be interpreted as an infringement on the rights of those salary cap games that still exist. It would be like Yahoo deciding to celebrate its 30th anniversary in 2024 with a documentary series called “30 for 30.” ESPN’s lawyers might have something to say about that. Current salary cap game companies should be afforded the same protection.

But I suspect that Yahoo, ESPN, CBS and NFL don’t care.

For nearly two decades, I have taken issue with major media sites making decisions for the benefit of fantasy football and then retrofitting those decisions to fantasy baseball as an afterthought. I get it; football is bigger, but the two sports have never been “one size fits all.”

So we can roll over on this and try to adjust. Sadly, I have been watching many of my industry colleagues attempt to fall in line, often comically stumbling over their words in an attempt to be politically correct. I am 100 percent in favor of the intent behind these changes; they serve a greater good and make sense. Most of the other new terminology is perfectly fine, even laudatory.

But I plan to continue calling fantasy auctions what they are. To do anything else is just unnecessarily confusing. Auctions describe a specific type of gaming activity that can’t be changed by just giving it a new name. If they truly want to address the offense, they need to address the activity itself, and I suspect that is not a path they want to go down.

Because once you realize that an auction – or even salary cap draft – is all about placing a value on people, then you have to put standard drafting in the same crosshairs. Any game where human beings are offered, rostered or acquired in any way for our own amusement is a candidate for condemnation, isn’t it?